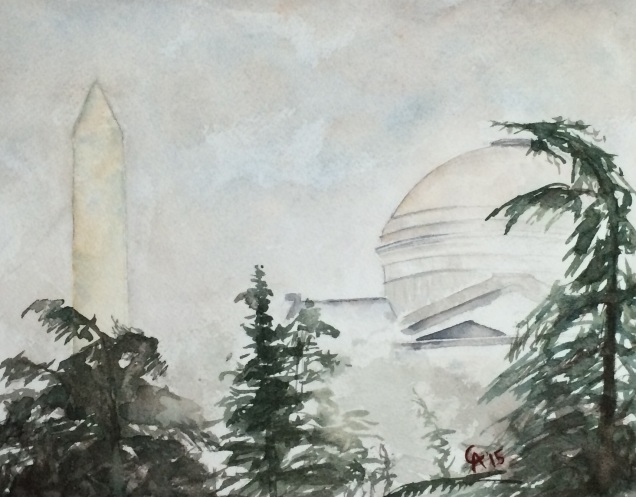 “For the ancient Egyptians, exactitude was symbolized by a feather that served as a weight on scales used for the weighing of souls. This light feather was called Maat, goddess of the scales. The hieroglyph for Maat also stood for a unit of length–the 33 centimeters of the standard brick–and for the fundamental note of the flute.”

Italo Calvino, Exactitude, from Six Memos for the Next Millennium

In the goddess Maat, the ancient Egyptians tie together self/soul, architecture, and art. I like this intersection because it gets at some of the different ways we try to understand (and shape) our place in the world (individually and culturally). Maybe I’m assigning a little too much to the idea, but I’ve looked to this feather concept as important to me, and the intersection of all sorts of things (art, architecture, self being only some of the points to consider) is a fundamental tenet of my approach to thought/work/whatever (think about/do a lot at once, let the intersections reveal themselves, recognize when they do, and build off of that, which is probably just a long-winded way of saying divergent thought). I’m just now getting this in painting by working simultaneously on several watercolors, though that list of simultaneous works has dwindled now that I finished this one, posted above, and the Pavese sketch last week.

I recall a debate in one of my writing classes when I was in a masters program–I imagine this debate a very common one–about types of truth in writing. I don’t think anyone really posited the right terms for it in class, but the basic sides for the sake of argument were between accuracy and truth, the idea being you could be accurate, but untrue, accurate, but missing the point. I wasn’t too keen on the discussion in class because it seemed to be poorly cast, and perhaps needed to be worked out in writing over time. But I’ve thought about it in different ways over the years, and another way of looking at it might be in terms of accuracy by the wrong measure, like using ounces instead of feathers. Perhaps you could say that art is about understanding and conveying truth as measured by feathers. Or maybe better, about the pursuit of understanding and conveyance of truth as measured by feathers. Or, even simpler (but with the same meaning?): Art is the pursuit of truth as measured by feathers.

I guess this leaves the how part of this line of thought to technique and style, which I am (and will be for a long time) still working through. As my skill improves, so too should my ability to measure with feathers.

As for this work, I did it in two sessions, laying in the sky and buildings with french ultramarine, burnt sienna, cerulean blue, and nickel azo yellow. Today I put some broken clouds/fog on top of the sky laid in last weekend, then finished with the trees, blotting out paint to get the fog and steam effects. The trees were done with perylene maroon, viridian, french ultramarine, burnt sienna, and nickel azo yellow. I could probably have done this with fewer pigments, but it worked out pretty well

I did whole painting with my Escoda Versatil #10 round. I like that brush because it allows for precision work, expressive brush strokes (the trees are mostly with the tip), and broken effects with the side of the brush. It’s not so good for washes, but I wet the paper first and used the brush to its best advantage but having broken applications of paint blend with the wet paper. It’s been fun getting to know my tools better so I can take advantage of their strengths and weaknesses.

I will likely be back at the turkey painting next, but I also want to get a few more new paintings started. Just not sure what yet.