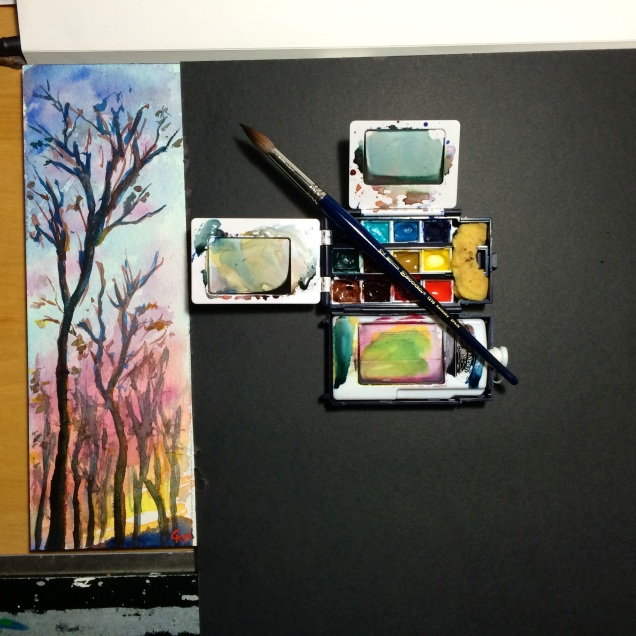 I took the risk and put the trees in. I started with a lower stroke of nickel azo yellow to capture the light, then quickly laid some perylene maroon over that, followed by Prussian blue. I was working on the assumption that things would get bluer at the top, and I think I overworked it a bit. Maybe next time I will use a smaller brush, or at least be a little more careful. But I think it came out pretty well with the powerful sunset coming through the trees. The effect worked. A little more precision on the execution next time.

As I was doing this I thought it might be cool to do a similar scene but with cranes instead of trees to make it an industrial urban version. Until then, here’s the finished painting more close up. Thanks to everyone who liked the work in progress and the vertical format. I think I will do at least a few more like this.

One thought on “Finishing the vertical sunset”