Most of the houses in the northern part of the Outer Banks have Victorian influences with miles of decking corseting the exterior (granted, they’re pretty boxy corsets), which is why I was amused when I saw this house down the street. 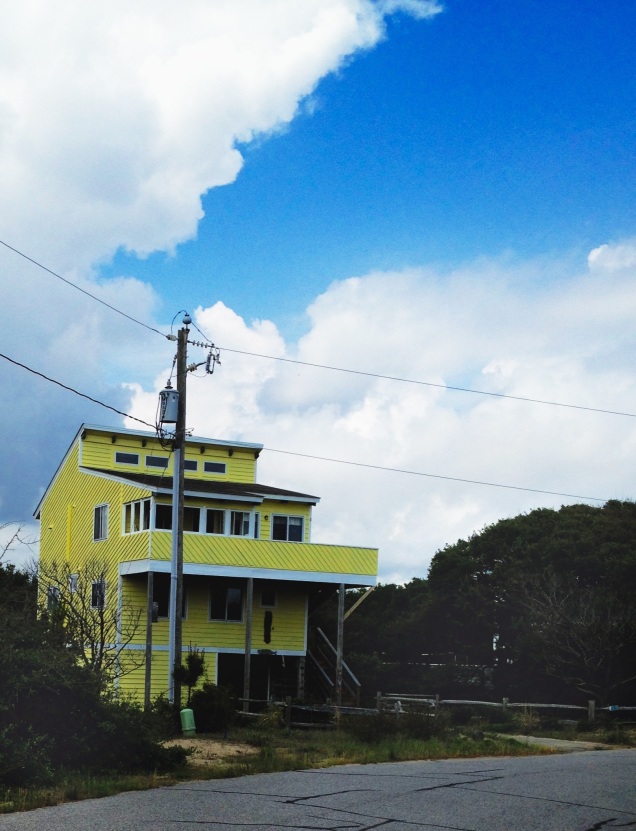 It’s very geometric, but something seemed a bit odd about it. Look at the siding. On the left of the house it is aligned with the angle of the roof, like hatching on a drawing, while on the front it is horizontal. But look at the front of the deck. It’s hatched at the opposite angle of side, which in a drawing would make it stand out from the the rest of the house front. Not sure it’s so successful on the house. It is as if the architect drew the house on canary paper with that hatching just as a matter of course, and the clients liked it so much that they said build it as is, color and all.

In editing the photo I wanted to see how this might look with an overly yellow house against an overly blue sky. It’s not right as shown, but I will fix that in the painting. I like how the clear part of the sky points directly at the house, perhaps inadvertently drawing attention to the funny siding. I will try to paint it with Eggleston’s color saturation in mind, “printing” the photo in watercolor as I want to see it, accounting for all the Hopper-sequence intrusions on the vision by the work itself (and my so-so drawing ability).

Here’s my framing sketch for an 11×14 painting. 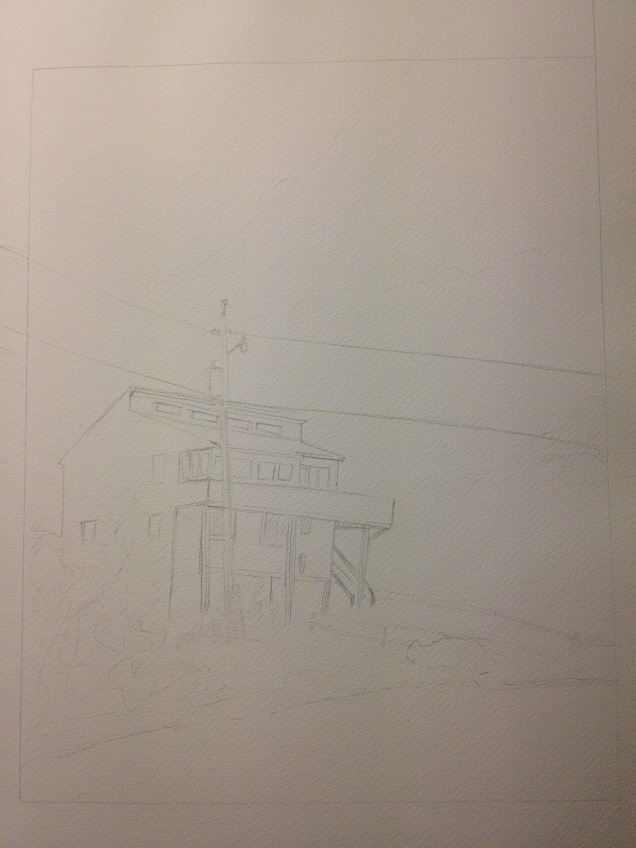 One thought on “Thinking of William Eggleston and Outer Banks Modern: The Start of a New Painting”